The Hindu Android app powered by MobStac recently crossed a million downloads from the Google Play store. MobStac has been associated with The Hindu, one of India’s leading National dailies, as a mobile strategy partner since 2011. The Hindu was the first newspaper in India to have launched a website. Continuing their trend of “firsts” in India,The Hindu, in collaboration with MobStac launched their mobile site in April 2011, Android app in 2013, and the iPhone app this year.

The Hindu, India’s leading English news daily founded in 1878 is perceived as a classic and traditional newspaper. According to the Indian Readership Survey in 2013, it was the third most widely-read English newspaper in India.

The Hindu Android app was launched in 2013, and had crossed half-million downloads in January this year. The app boasts a crash rate of less than 0.04%, which is commendable.The app has consistently featured in the list of most popular apps in the News and Magazines category on Google Play. It thus has a dedicated user base that keeps returning.

The app has a user rating of 4.2/5 based on 22,814 Android user reviews. The app’s popularity and wide acceptance can be attributed to it’s features:

The Hindu’s association with Mobstac has been quite a success, from an increase in their mobile site page views by 200% in a year of it’s launch, to reaching half a million Android app installs in early 2014, to reaching a million downloads now.

The rapid rise in the number of installs of the Hindu app within a span of six months indicates that clean design and easier navigation is something that any brand planning a mobile app should invest in. 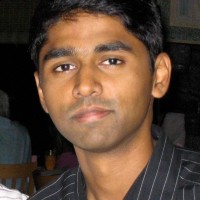