Best of Beacons This Week: How Big BLE Beacons will be in 2016, and more We are back with this week’s best of beacons round-up. In this feature, we cover some interesting insights from forward looking beacon growth projections for 2016 to some very interesting and unique beacon deployments. So, sit back and check out the latest updates on iBeacon technology.

1.How Big Will Bluetooth Low Energy Beacons be in 2016?

iBeacon technology has seen significant adoption across diverse industries in 2015, and is finally set to go mainstream in 2016, according to ABI Research.

Leading global brands like IKEA, H&M, Macy’s, Target, Pizza Hut, Elle, Espirit, McDonalds and Carrefour have all invested in beacons in order to deliver enhanced customer experiences. Another vertical that saw strong adoption of iBeacon technology is the banking industry.

In the beacon OEM (Original Equipment Manufacturer) market, Sensoro is emerging as a major market player, with more than 110,000 beacons deployed in China and some major orders lined up for 2016.

Thus with a wide-scale adoption among merchants, and an increasing growth in both user base and OEMs, iBeacon technology will definitely bring about a marked change across various industries in 2016.

In a great example of blending technology with sports, Real Madrid used beacons to target fans who attended their matches with relevant social media content, during their China Tour this year.

The participation of Real Madrid fans on social media with the beacon content spread so rapidly that viewership of the shared content reached over eight million.

By being the pioneers to use beacons in football, Real Madrid has been able to target their most valuable fans, thus enabling them to accelerate market influence.

GasBuddy, a company that provides retail gas-price information via its website and app, recently revamped its service to allow gasoline retailers and consumer product brands to push promotional offers to customers at fuel pumps. As part of the solution, GasBuddy is distributing free Bluetooth Low Energy (BLE) beacons to about 150,000 gas-station convenience stores in the United States and Canada.

The solution also provides brands and stores with very useful data that could be used for the purpose of business analysis. For example, the data could help determine which stores see the most sales during a promotion, or which are the most popular brands at a given store location.

The app can prove to be a powerful channel for advertising and effectively engaging customers, while they wait to fuel vehicles at gasoline stations. Coupons are one of the most popular features in today’s location based marketing space, given the high coupon redemption rates. In fact, coupons delivered via beacons are found to have the highest redemption rates among all mobile channels. According to a recent Juniper Research report, retailers and brands are expected to deliver 1.6 billion coupons a year by 2020.

This number is a strong indication of how proximity marketing is gaining momentum as retailers look to engage more deeply with consumers across all physical and digital intercepts. Merchants across various industries are gaining significantly through beacon couponing. For example, Chinese jewelry chain Chow Tai Fook ran a campaign that saw a 59 percent redemption rate leading to a sales uplift of $16 million.

Thus, beacon enabled coupon solutions can be an invaluable tool for retailers to enhance customer relationships. The two technologies are different from each other in terms of battery efficiency, compatibility with devices and technology implementation among others. However, in spite of the differences between them, Wi-Fi and iBeacon technology work best when used together.

Meraki, a division of Cisco, for example is aiming to use both Wi-Fi and iBeacon technology in tandem by creating a solution that works three-way – as a beacon, as a Wi-Fi point and as a field agent. Our post on Wi-Fi meets iBeacon technology covers complete details on why businesses should leverage beacons and Wi-Fi simultaneously. 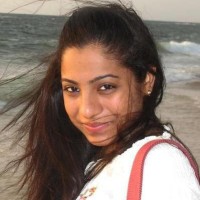 Check out other posts by Pavithra on Beaconstac! You can also explore the related posts below to help you maximize your ROI.