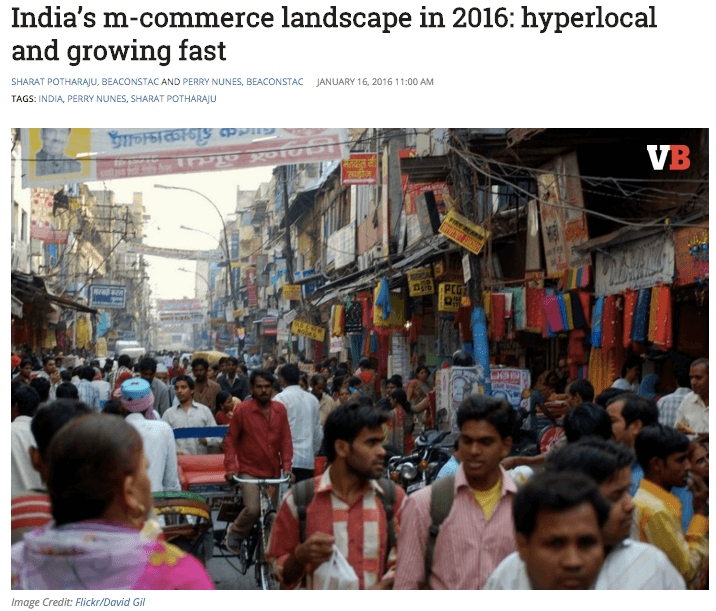 As 2016 begins, mobile commerce in India is undergoing an exciting transition. The country has seen an impressive rise in everyday commerce conducted via mobile devices. A market report released last year by consulting firm Zinnov estimated that India’s market for mobile commerce was worth $2 billion in 2014 and is estimated to grow up to $19 billion by 2019. In fact, India is now one of the top five regions for the Google Play store, as more of its 1.2+ billion people look to search, interact, and shop on the go via their smartphones and other mobile devices.

We recently published a post on ‘India’s m-commerce landscape in 2016’ on VentureBeat that critically looks at this momentous time for the country and its newly plugged-in population. In this post, we created an in-depth industry map that outlines key players across various verticals in the Indian mobile commerce landscape. Our accompanying analysis highlights key trends thus far as well as predictions for the coming year.

One key takeaway, for instance, focuses on the role of financial technology in mobile commerce moving forward.

1. Financial technology (fintech) startups have the potential to enable much more than just payments.

Fintech companies are building the foundation for the Indian mobile commerce ecosystem by enabling cashless, on-the-go financial transactions. From cab rides to movie tickets to utility bills, almost anything can be paid via simple mobile apps. However, mobile wallets in particular can add extra value by bridging payment with discovery and procurement to offer more seamless mobile shopping experiences — either through integration with existing e-commerce apps or the creation of their own in-app features.

Paytm has done the former by partnering with music streaming app Saavn — as well as with Uber, MakeMyTrip, and many others — to enable in-app payments. However, it has also begun to pursue its own e-commerce offering and is splitting its mobile wallet and e-commerce arm into two different apps. This allows the leading mobile wallet provider to experiment with several new features such as in-app loyalty rewards and social gifting, also serving as an entirely new marketing channel for participating brands.

For a more comprehensive analysis including our industry map, download our complete report: India’s m-commerce landscape in 2016’. 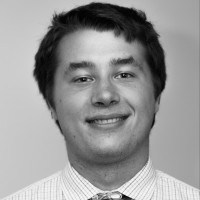