How to scan QR Codes with Android phones without an app

Confused whether Android phones can scan QR Codes without QR Code reader apps? Read this guide to find out! The 2017’s iOS 11 update added the native capability to all iPhones allowing them to scan QR Codes without an app and just in time because 2022 is the year of QR Codes. From delivering discounts to allowing consumers to listen to their favorite Spotify playlist while they shop, QR Codes are ubiquitous and businesses and marketers alike have begun to run entire campaigns based on this cost-effective QR Code technology.

What are QR Codes? – Quick Recap

QR Codes are 2-dimensional barcodes that when scanned open up a link, add contacts, send SMSes, make calls among other things.

Know how to design a customized QR Code

Need to know how to scan QR Code menus? Pull up the native camera and point it at the QR Code. The menu will pop up instantly as a notification.

If you are a business evaluating QR Code menus for your restaurant, here’s a detailed guide about it.

Does Android have an in-built QR Code reader?

Yes. Just like iPhones, Android 9 (Android Pie) and Android 10 have an in-built QR Code reader. Even the Android 8 or Oreo does not need an app to scan QR Codes.

How do I scan a QR Code without an app on Android?

Android 9 and Android 10 have an in-built QR code reader courtesy of Google Lens. Consumers have to open their camera app and point it at the QR Code and see a URL pop-up.

If the smartphone’s screen search is not on, open the Google app and tap Navigation. From the settings, enable Screen Search.

2. Google Lens: An AI interface by Google, Google Lens recognizes everything in the camera including QR Codes. It is available on both the camera app as well as Google Assistant.

Android smartphones with Android 7.0 and below require an app to scan QR Codes. After downloading the app, all QR Codes can be scanned instantaneously. Since a lot of apps use QR Codes within the app to perform a function like payments or scanning a product to get more information, consumers are already aware of how to operate a QR Code reader app. You can use Snapchat, Amazon, and Paytm to scan QR Codes on Android without having to download an additional app.

What are the best QR Code reader apps for Android in 2021?

According to our research, these 6 free QR Code reader apps are perfect for older Android versions that allow Android phones to scan QR Codes –

For more details on these apps, check out our best QR Code scanner apps for Android guide.

An OTA update will allow users of Samsung Galaxy S10e, S10, and S10+ to start using their cameras to scan QR Codes. No third-party app is required anymore. Here’s how to start scanning QR Codes:

How to scan QR Codes with Samsung Galaxy S9

A June 2019 security update has made it possible for Galaxy S9 users to scan QR Codes right from their camera by toggling a button that says ‘Scan QR Codes’. Now Samsung Galaxy S9 users can simply point the camera at a QR code and the associated link will pop up. There is no need for Bixby Vision or any other third-party apps. This update has not been rolled out to Samsung’s flagship phones. [Some phones have started receiving this update]

Related: Android hacks that every Android user must know

How to scan QR Codes with Vivo smartphones?

For Vivo smartphones with Android 8 and above, you can use the Google Lens on your camera. There is also an in-built scanner on some Vivo smartphones on the Notification Panel and Smart Launcher Screen.

Google’s Pixel can scan QR Codes. You don’t even need Google Lens to do so. Open the camera app and point it to a QR Code and you will see the link appear just above the shutter button. Click on this link to open up the website, landing page, or URL.

How to scan QR Codes with Pixel 2 XL?

Simply open the camera and point it at a QR code. The Pixel 2 XL can natively scan QR Codes just like iPhones. The associated link pops up on the screen which acts as a prompt for the user.

What happens when you scan QR Codes?

When consumers scan QR Codes, a number of things can occur. Businesses can use QR Codes to deliver coupons, product information, and deals or use it to ask shoppers to leave reviews, feedback and follow them on social media.

Explore what you can use QR Codes for here

Yes, QR Codes can be generated for free online. Although these QR Codes are static codes and once downloaded cannot be edited. To change QR Code destination or content, you need dynamic/editable QR Codes.

How far away can you scan a QR Code?

How do I keep a QR Code on my phone?

How do you use QR Codes?

Apart from useful information about a certain product, QR Codes are also used on GMO labeling in the US as well as for proximity marketing. Businesses can leverage QR Codes to attract new visitors by allowing them to scan and get navigation details or paste them on flyers and deliver rewards and discounts. Businesses can also automate the process of creating QR Codes with an API.

Discover more use cases for QR Codes in 2020

Are there any risks to scanning QR Codes?

Phishing or malicious software being downloaded through QR Codes is rare but it is a slim possibility. Only scan QR Codes that specify the action or what you can expect once you scan them or see that the URL slug is from a credible source like Beaconstac (tapnscan.me/).

Can a phone with Android versions 8 and 9 scan QR Codes?

Interested in QR Codes? Talk to our expert or explore QR Code marketing examples and leverage the advanced analytics of the Beaconstac dashboard to improve your business’s ROI. 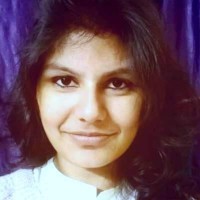 Sneh is a Content Marketing Manager at Beaconstac and has a penchant for all things tech and startups that improve human lives. She adores dogs, Radiohead, and Michael Gary Scott.