Need inspiration for your next QR Code campaign? Find out how popular brands like L’Oreal, Tesco, IKEA, and many more revolutionized the use of QR Codes from this blog post! From small retail stores to niche popular luxury brands, QR Codes are a point of fascination for all categories of businesses. QR Codes add an edge to the customer experience that a company provides. QR Codes have seen diverse applications in every possible industry over the past two decades of their existence.

With the number of smartphone users in 2019 forecasted as 2.5 billion, it is safe to assume that the usage of QR Codes is only going to rise from here.

So, how did QR Codes come into existence?

QR Code or Quick Response Code is the trademark name for 2-dimensional barcodes. The Denso Corporation of Japan invented QR Codes in 1994 as a way of overcoming the limitations of barcodes.

QR Codes gained importance after the Japanese automobile manufacturer Toyota incorporated the technology in their manufacturing process for the identification and tracking of automotive parts.

Although QR Codes were created as a technology to keep track of product inventory,  it has become so much more today.

The following are QR Code examples of 19 brands that showcase the versatility of QR Codes in business.

Taco Bell has been incorporating QR Codes as part of its promotional campaigns for quite a few years now. When Taco Bell launched its ‘Doritos Locos Tacos’ back in 2012, it placed QR Codes on all Taco holster packages as a way of creating customer engagement.

Another instant where Taco Bell nailed the usage of QR Codes was when they created QR Codes that looked like a design made out of lemons. Taco Bell placed these innovative QR Codes in their print ads published with US Weekly and People. The campaign was an initiative for the promotion of ‘Taco Bell Cantinas,’ which was the restaurant’s attempt at serving a Gourmet menu.

Nissan launched another interesting QR Code initiative for mobile engagement by placing QR Codes on vehicle window stickers for the entire product line up in 2012. These QR Codes led users to complete product-related information such as the key features, product overview videos, accessories that come along with the vehicle to name a few.

General Motors, one of the world’s largest automobile manufacturers, is no stranger to the benefits of QR Codes. GM decided to add QR Code stickers on its Chevrolet brand of cars. The automotive giant is aiming to increase the demand for its products by increasing customer engagement through QR Codes.

The manufacturer also decided to replace the Service Parts Identification  (SPID) label on the vehicle parts with QR Codes to serve as a more reliable way of accessing critical information.

Another example of brands using QR Codes is when L’Oreal partnered with Glamour and used QR Codes inside taxis to capture customers stuck in traffic. The campaign promoted the range of Lancôme and Yves Saint Laurent product lines by linking QR Code campaigns to videos about how to use the products and redirecting to the store page. The campaign helped L’Oreal increase its app downloads by 80%.

The UK-based retail giant Tesco first created virtual stores in South Korea, as a simple ‘Shop on the Go’ solution for customers with long working hours. This initiative of Tesco proved to be an effective strategy for them to regain the customers they had lost in South Korea as a result of their busy schedules.

Paypal revolutionized the way cashless transactions are looked at by adding QR Codes to the equation. The cashless payment systems that help in making purchase quicker and transactions easier is especially attractive to millennials.

Starbucks was another restaurant that adopted QR Codes in a variety of forms with the focus of increasing coffee sales. Starbucks incorporated QR Codes in its promotional campaigns like print ads with People magazine and also in outdoor ads in major cities of the US by printing QR Codes on flyers.

Starbucks did not leave any stone unturned in their QR Code initiative by implementing cashless mobile payments for coffee using QR Codes.

The US-based soft drink manufacturer wasn’t one to be left behind in the QR Code campaign initiatives. Coca-Cola brought about a new perspective to QR Codes by embedding dynamic QR Codes in product packaging with new content that delivered unique experiences to customers each time they scanned the QR Codes.

Dynamic QR codes are an innovative take on the regular QR Codes where you can schedule a variety of time-based marketing campaigns and assign it to the same QR Code. Intuitive dashboards like Beaconstac for businesses help them select the right dynamic QR Code generator to manage the campaigns end-to-end.

9. QR Code on promotional products: Netflix and Snapchat come together for a QR Code-based promotional campaign

Netflix came up with an intriguing application of QR Codes by transforming 200 real-world cafes to look like Luke’s Diner from Gilmore Girls as part of a promotional campaign for the show. Snapchat added a branding boost to this campaign by printing snap codes (Snapchat’s version of QR Codes) on the coffee cups of these cafes. The snap codes when scanned would unlock a Gilmore Girls filter on Snapchat.

Nike took QR Code marketing to the next level when they used custom QR Codes to create customized shoes for customers. This campaign resulted from Nike’s collaboration with WeChat, the famous messaging app from China. To start with, the customers first had to scan a QR Code to follow Nike. The users then had to click a colorful image of their choice and send it to Nike which would be followed by receiving a response from Nike with their customized shoes that matched the colors in the picture.

British Airways provides an excellent example of how QR Codes can be useful in the travel industry. British Airways helps passengers use their mobiles for quicker check-ins by adding QR Codes to the boarding pass.

Learn more: Create QR Codes for PDFs that can be sent as tickets in emails

Diesel brings QR Codes denim. The famous clothing brand added QR Codes in their denim products to help users verify the authenticity of their products. This ‘Scan for Authenticity’ call to action added on the denim along with the QR Codes acts as an authentication tool to verify the product even before they make the purchase.

IKEA makes check-outs for large furniture easier with a QR-based mobile check-out option. For a store like IKEA that sells furniture of different sizes, it is a huge challenge to take the products to the check-out counter and scan them. IKEA came up with a simple QR Code-based solution to this problem by introducing the scan and check-out feature.

Instagram nametags are Instagram’s version of QR Codes that help businesses and influencers promote their Instagram profile. Name tags work the same way as any other QR Code by directing users to a specific Instagram profile when scanned.

In the wake of the pandemic, restaurants are moving to contactless solutions like digital menus instead of physical menus. Since printing disposable menus aren’t cost-effective, restaurants across the globe have moved to use QR Code menus. West Egg Cafe in Atlanta uses Beaconstac to power its QR Code menus.

As a sequel to Snoop Dogg’s 19 Crimes Cali Red Wine, the popular rapper has launched Cali Rosé, the brand’s first Californian Rosé, by leveraging QR Code on the wine bottle in Australia.

The wine collaboration includes an augmented reality experience called ‘Ask the Doggfather’ to give customers a chance to talk to Snoop Dogg directly by scanning the QR Code on the rosé bottle.

Upon scanning the QR Codes on the products, a miniature holographic Snoop Dogg appears ready to offer sage advice and answer questions.

The Snoop Cali Red was the number one selling wine innovation of 2020 in Australia, according to the press release.

Lion-owned beer Furphy gathers Australians’ most unbelievable stories, by encouraging their users to return to their local pubs and share beer via the brand’s ‘Unearthing Unbelievable’ digital experience.

The digital experience enables Australians to share their best furphy via video or audio and earn a Furphy in return which can be redeemed at the bar, once available.

Aden Hepburn, CEO at Akcelo, said: “Storytelling is a quintessential part of our culture, and telling tall tales at the pub is almost a national sport. So what better way to celebrate spinning a yarn than recording these furphies to share with the rest of the country as well as using them for ongoing campaigns. Unearthing Unbelievable is an all-new way to find and celebrate the best Aussie furphies.”

Cygames, a Japanese game development brand, celebrated the first anniversary of its popular video game ‘Princess Connect Re: Dive’ by displaying a giant QR Code in the sky in Shanghai.

The brand entertained viewers using 1,500 drones to show the game’s characters battling each other. After the show, the drones lined up to form a QR Code in the sky.

The people-watching could scan the QR Code to land on a webpage, learn more about the video game, and download it on their phones.

This marketing campaign attracted the attention of thousands of people, and the images of the QR Code formed by drones went viral across the world.

QR Code relevance to businesses today: Are they here to stay?

QR Codes today are a game-changing technique of combining the physical and digital business worlds. QR Code-based campaigns act as a gateway for directing traffic generated offline to gain online visibility. They provide an array of applications for increasing ROI to the business.

Extreme couponing and cutting out coupons from newspapers are still hugely popular. And, with the growing awareness of QR Codes and the rising fondness of millennials towards them, the number of mobile devices to access coupons through QR Codes is expected to reach 1 billion by 2022. 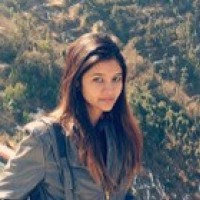 Check out other posts by Chaitra on Beaconstac! You can also explore the related posts below to help you maximize your ROI.