How to integrate NFC technology with your mobile marketing strategy In countries like the United States, consumers spend twice as much time on mobile as compared to desktop and laptop

With such an inclination towards smartphones and the progress we have made with 5G, consumers are habituated to faster content delivery on smartphones. Businesses should aim to replicate the same mobile behavior in the offline world with technologies such as NFC.

NFC or Near Field Communication is a wireless technology that facilitates the exchange of information between NFC enabled smartphones and NFC tags with just a tap. NFC works in close proximity; hence it is used to conduct POS transactions with speed and security. In recent years, marketers have used this secure and swift technology in creative ways to engage with consumers.

RELATED: Read more on NFC basics and how does it work here.

What led to a surge in NFC usage?

One of the major drivers of NFC’s popularity is Apple and Android’s decision of integrating native NFC capabilities in smartphones. Most of the latest Android devices with a few exceptions have inbuilt NFC compatibility. Here’s a list of Android smartphones that support NFC.

With this kind of dominance, NFC is truly a powerful marketing and engagement channel for marketers. The global NFC market is expected to cross $47 billion by 2024.

What can NFC be used for in Mobile Marketing?

NFC-enabled products can deliver necessary product information such as product manuals, warranty cards, and purchase receipts with ease. This not just enables prompt easy content delivery but also helps brands being recognized as environment-friendly. Below are a few use cases that can strengthen your mobile marketing:

Getting consumers to download an app has a major incentive for businesses – it allows them to reach out to consumers at multiple instances with future marketing campaigns – even when they are not in your physical location. NFC pushes a deep link to the App Store that reduces the friction involved in nudging a consumer to visit the App Store, looking for the app and then downloading it.

Popular pizza chain Domino’s followed a similar approach to launch an NFC campaign to drive mobile app downloads. An otherwise mundane offline OOH advertisement was converted into an interactive tool to engage with consumers. In slow summer seasons, consumers are prone to ordering than walking into a physical store. The campaign focused on driving mobile app downloads and pizza traffic to stores during summers. They installed NFC enabled billboards and posters at strategic locations. Upon tapping phones on the poster, customers were redirected to the Dominos app on the App Store. With creative copies on NFC-enabled posters, the campaign drove considerable traffic and increased mobile app downloads across App Store and Google Play.

The posters also featured QR codes for mobile phones that did not have NFC. NFC and QR codes together can be an effective strategy to execute marketing campaigns.

Mobile phone manufacturer Orange executed an NFC campaign with EAT, a popular foodservice chain. The ‘Quick Tap Treat’ campaign was aimed at increasing the use of NFC in Orange smartphones. The reward-based campaign allowed all NFC smartphone consumers to get a free treat from EAT after taping the NFC enabled poster and playing a game.

The posters were spread across 114 EAT outlets all across the United Kingdom, where rewards varied from a piece of fruit, ham and cheese baguettes to free coffee. This urged customers to buy complementary items from the menu. It also promoted the use of mobile as a wallet. Consumers had to download the Quick Tap Treats app, a mobile app that was designed for this campaign. Quick Tap Treats is an extension to Quick Tap, an NFC mobile payment service by Orange in partnership with  Barclays.

The most popular and successful brands invest heavily in customer experience to build brand loyalty. A good experience wins a customer for life and creates better chances of them responding positively to future brand communications.

In 2017, Nike rolled out its first official NBA uniforms. Apart from being the latest in sportswear technology the uniform had a special offering for customers – every Nike jersey was NFC enabled and delivered premium NBA content to its owner.

The NikeConnect was used to tap on the logo of the jersey that gave them access to pre-game footage, player stats, and team game schedules. This got NikeConnect users to get a sneak peek at everything in the NBA.

This is a perfect example of how NFC can help brands engage and in the process improve customer experience. For NBA fanatics, wearing the official jersey is thrilling enough. Getting pre-game sneak peeks, tickets and premium content takes the experience to the next level. Replicating the success model, in recent years Nike released similar Chelsea jerseys. They were also NFC enabled and offered a personalized premium experience for Chelsea fans.

Read more about 5 brands that are killing it with NFC campaigns.

NFC is a powerful integration to mobile marketing strategies across various industries. From brick and mortar stores to gaming events, NFC offers an intriguing way to combine the offline world with online customer experiences.

Interested in buying NFC tags/stickers? Check out Beaconstac’s NFC marketing solution and our subscription plans. Schedule a demo to learn more about NFC marketing from our experts. 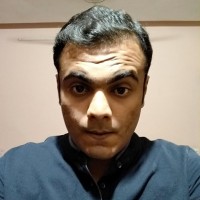