Augmented reality and QR codes – What you need to know

An Augmented Reality QR code is a QR code with a marker for AR.js that redirects the user to the AR web app or mobile app. AR codes lets you add an extra dimension to the product by creating interactive content to the real world around you. Would you believe the first introduction of AR technology dates back to 1968?

The technology was first introduced with Ivan Sutherland’s development of the first head-mounted display system. However, the term augmented reality wasn’t used until 1990 by Boeing researcher Tim Caudell.

An AR code is a QR code with a marker for AR.js that redirects the user to the AR web app or mobile app. AR codes lets you add an extra dimension to the product by creating interactive content to the real world around you.

You don’t need a specific app to run AR applications.

With the introduction of QR codes in augmented reality, you can scan an AR code natively and engage with the content. You just need to point your camera towards the QR code with AR.js marker and it will redirect you to the specific URL containing the augmented reality web app.

Comparison between AR and QR codes

Although AR and QR codes have similar goals of engaging users but they are quite different in general.

QR codes are 2D barcodes which are square and pixelated in nature. When you scan a QR code with your camera phone, it delivers you to a website, a text, or an image.

Despite these differences, there are a few similarities between AR and QR codes as well.

They both need to have the codes printed on images. They both can be accessed using handheld devices such as smartphones using a camera capable of reading barcodes. The flow is the same for both QR and AR code as you just need to point your phone at it and something happens. Both are related to the particular location or environment they are placed at.

How to make a web only AR using QR codes

The process of making an AR code isn’t complicated if you have access to an AR.js web app.

AR.js is an open-source project with over 10k stars on Github. It makes the process of developing augmented reality apps with web technologies a very fun experience.

The primary idea behind creating a single QR code is to redirect the user to the AR web app that contains the marker for AR.js.

#1. You will need an AR.js application or similar. Look for it on Github.

#2 Create a marker for your application

#4. Specify the web app URL in the website section

#5. You will now have a QR code with built-in marker

#6. Scan and start enjoying the experience

Markers in augmented reality are visual cues which display the visual information when triggered. These are usually placed in the center of a QR code. You can define specific 3D scenes for specific markers on AR.js. This enables the camera to recognize a marker and show us the 3D model on top of it. Also, markers may contain QR codes.

One important thing to keep in mind while creating a marker is to have high contrast between the background of the marker and the surrounding environment.

For example, if the marker has light grey symbols on a black background, the camera will have difficulties recognizing the marker if it is printed and placed on a black desk or displayed on a black screen.

Augmented reality can be made in three different ways.

These are an anchor-based augmented reality where you need to place a special marker in the real world. Once the camera points towards these markers, the visual 3D content gets displayed on the device screen. All the AR codes need to have a printed QR code with a marker.

These are the applications based AR where you don’t need to have a real world anchor for the AR to show up. It can done right out of the specific app.

As the name suggests, location-based AR ties the augmented reality content to the specific location. These come in handy while navigating through an unknown location inside a city. Google Maps have recently introduced location-based AR to help navigate their users through a city with the help of AR signals. Another popular use of location-based AR is Pokemon Go.

Do you need separate AR and QR code scanners?

Android 8 and iOS 11 updates made it possible for the native camera app of Android and Apple devices to scan any QR code directly from the mobile device.

So no, you don’t need separate AR and QR code scanners.

Why should you use QR codes to deliver AR experiences?

Due to the increased usage of mobile devices and online shopping, the brick and mortar retailers are now leveraging the AR technology to create immersive experiences in-store for their customers.

However, the use of AR for customer engagement is not only limited to brick and mortar stores.

DTC sellers can create QR codes integrated with AR and allow their customers to visualize the product before they shop or visit the stores.

Fashion eCommerce stores can let a user know how a particular dress would look on the customer before they purchase it or try it on for real.

Furniture stores can use augmented reality to let a customer see how different sofas would look inside their home in terms of color, placement, and setting. IKEA already uses AR QR Codes through their Place app.

E-retailers can also use AR tags on the products to engage customers in various other ways. These include trying out various face filters, playing a game, or taking a selfie.

Features and uses of QR codes in Augmented Reality

Imagine a hidden message for you popping up for you in a 3D form whenever you point your camera towards the printed message.

Or the QR code on the contact card shows you up the 3D form of the person and greets you. Obi-Wan-Kenobi style from Star Wars! With the help of augmented reality QR codes, this is a real possibility.

One important feature of AR codes is trans-media links. This means they deliver experience from a simple paper print to augmented reality.

Another feature of an AR QR code is that its marker is fully passive. It doesn’t need any power source to fire up. They come alive as soon as you point your mobile camera towards it.

They are durable since you only need a QR Code to fire up an AR experience. By choosing to create a QR Code with the highest error correction level, even if 30% of the QR Code is damaged, you can still scan it.

The possibilities are endless and exciting with augmented reality. Many eCommerce websites and retail stores are already using AR codes to engage with customers.

Famous shoe manufacturer, Puma, recently rolled out QR codes printed on signs and shoe tags in their flagship store. These QR codes are linked with an AR tag that shows the Puma feline mascot to its customers. Customers can engage with the mascot by taking a selfie or get the directions to the basketball section in the store.

Below are the possible usage of AR codes

Having an augmented reality print ad would allow you to deliver a much more personal and dynamic message to your target customers.

Just imagine your customer is stuck in a traffic jam and spots a billboard ad of your product. Now, don’t you think that customers would rather spend that time looking, not at normal ads, but at a new generation billboard ads enhanced with augmented reality?

National Geographic ran an augmented reality campaign to celebrate its 125th anniversary of National Geographic Society at Rotterdam train station. Commuters were able to interact with a digital screen and step onto the most amazing nature experiences one can think of. It ranged from having a dinosaur in front of you to exploring space with an astronaut.

Art in itself is very intriguing. Having an AR experience providing interesting information regarding the art piece would be much more intriguing for the person viewing it.

You can put a marker beside each art sculpture and painting offering a unique engagement experience to the onlooker.

QR codes and links explaining where and how to use Augmented reality at Museu de Mataró, Barcelona

You can put an AR code at various bus stops and metro stations. The AR Code can contain a 3D model of the city come alive and show the route through which a particular bus or metro will be going.

They also could be placed at various junctions throughout the city to provide a fun and engaging travel experience to the tourists and city residents alike.

AR codes can be placed inside the Anatomy book for the anatomical information of various animals. The next time a professor is teaching about the anatomy of a chimpanzee, you don’t have to imagine it. You can simply scan the AR code and see a 3D form of a chimpanzee come alive.

Education will be fun!

We all fantasized about superheroes in our childhood. We imagined meeting them, being in their place, saving the day!

That could be now partially possible with the help of AR codes. A comic book could have an AR code of the particular superhero and the kids could not be much more happier. They could then engage with the superhero 3D form and take selfies with it, try out their costume and more.

Augmented Reality is an exciting prospect because of its ability to create an interactive and immersive experience than that of a normal QR code.

However, there are a few practical shortcomings for using augmented reality in day to day life. AR codes still do not provide a wide variety of practical applications as QR codes. That is why QR codes are still on the rise and provide a much more pragmatic approach than AR.

Are you interested in QR codes? Talk to our expert or explore QR code marketing examples and leverage the advanced analytics of the Beaconstac dashboard to improve your business’s ROI. 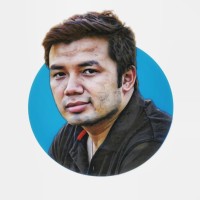