QR Codes in the US – How Fast is it Growing and Who is Using it?

Curious to know about QR Code usage in the United States? Find out from this detailed article highlighting the growing adoption of QR Codes in the USA, how it’s used, and some of the ongoing trends we’ve witnessed. With the current state of the COVID-19 pandemic, businesses, especially SMBs and MSMBs, that do not work on an online model are the most affected. Even as the pandemic slows down, and situations move towards normalcy, the fear of the virus returning will make it difficult for businesses to bounce back. QR Code, a contactless technology will be extremely instrumental in such situations.

Put simply, QR Codes are a call-to-action (or a hyperlink) added to the physical world. While China was the earliest adopter of QR Codes, the United States is catching up real soon. While the early 2010s marked the spread of QR Codes in the United States, in 2020 and the coming decades businesses are witnessing incremental growth into QR Code use cases.

In this blog, we will try to understand why QR Codes are important for the United States and how it is useful for your business. I will provide a few detailed use cases of various industries within the US.

QR Code usage in the United States and other countries

Its first use dates back to 1994 in Japan by a company called Denso Wave to track vehicles during manufacturing. QR Codes stood as the best replacement for barcodes as it could store more information.

Many businesses took over this innovation and promoted its usage on a large scale. According to the statistics of 2011, only 6.2% of mobile users in the US scanned QR Codes. The limited performance of this technology is attributed to the need for a QR Code scanner app. However, the resurgence of this technology is pinned to Apple and Google introducing QR scanning capabilities in a mobile camera.

China sets an example of how far QR Codes can go

China has shifted towards a cashless economy with about 93% of the population using QR codes. The expansion of WeChat capabilities contributed significantly to the spread of QR Code payments in China. Following the footsteps of larger online retailers like Alibaba, street vendors and brick-and-mortar shops also started accepting QR Code payments. Soon marketers and business owners started adopting QR Codes for almost everything.

A recent study showed that the current QR Code usage in China is 50 times more than that of the United States. This means that we have a potential resource that is yet to be unraveled.

Growth of QR Codes in the United States

A visit to China in 2014 convinced the CEO of Snapchat to add QR Codes to his app. He acquired a company called Scan and introduced Snapcodes on Snapchat. Next, we know Facebook and Spotify followed with messenger codes and Spotify codes. All these, coupled with Apple’s decision to include QR Code scanning capabilities in phone cameras, led to the adoption of QR Codes in the USA.

Today, one won’t miss seeing QR Codes anywhere in the United States. From eggs in supermarkets to our Amazon packages, to Walmart receipts, to the U.S. post office, to a massive billboard at Times Square, New York.

The balance between simplicity in usage and cost-effectiveness makes QR Codes a profitable technology for businesses.

Best examples of QR Code usage in the United States

After 2015, many small and medium-sized businesses have implemented QR Codes into their marketing strategies and have experienced multifold success. QR Codes have provided a trustworthy platform for businesses to communicate with their audience throughout the sales funnel – from acquiring new customers to engaging with them and bringing them back.

Here are some ways in which American brands are using QR Codes.

QR Code payments are gaining significant success in the United States. It is gaining traction among merchants due to its cost-effectiveness and ease of access. Understanding the power of rewards, businesses encourage their customers with QR Code coupons.

Walmart was one of the early adopters of QR Code payments. Using the Walmart Pay app, customers can scan and bag items via one of the store’s self-service registers and then pay.

To encourage customers to utilize QR payments, Walmart placed QR Codes on the receipts. This acts as a cashback for customers to redeem at a later date at Walmart.

QR Codes have been one of the favorite mediums for businesses to showcase their product information. This also helps businesses garner consumer data at well-performing locations. This data can further be used in creating location-targeted campaigns.

The US Grocery Manufacturing Associative has taken an initiative to include Smart Labels on its products. 30 Fortune 500 companies are committed to using SmartLabels including PepsiCo, Coca-Cola, Nestle, Hershey, Kellogg Co., General Mills, Bruce Foods Corp, and more.

A QR Code is created using an online QR Code generator, which is then downloaded and printed on the items, which, when scanned, redirects to a webpage that has information on nutrition, ingredients, allergens, and certifications.

Pro tip: Add a dynamic QR Code on your product packaging through which you can change and add new marketing campaigns on the same QR Code.

Retail stores across the country have upped their game by improving their customer experiences. QR Code interactions have helped retail owners gauge activity within the premises of their store. It also helped marketers build campaigns of the acquired data.

To improve customer experience, Zippin, a San Francisco-based convenience store, a competitor of Amazon Go, developed an AI-driven cashier-less checkout service. They are achieving this feat by having QR Codes to scan at check-in points. After their shopping, customers receive the receipt via email.

Best Buy, an online store has created a new model through which customers can scan QR Codes in stores to compare the scanned item with its other similar products. This helps consumers prioritize features that matter most. Best Buy believes that by being transparent with product information, their customers can make better buying decisions.

Retail stores need to make an impact even outside their stores to reach a wider audience. Peapod, an online grocer based out of Chicago, has taken up a unique marketing approach to promoting themselves through QR Codes. They created virtual billboards with QR Codes in a Chicago public transportation station. When customers scan these QR Codes, they are directed to the Peapod app where they can place their orders. The groceries get delivered within a day to the customers’ homes. Retail stores in this way can set up virtual stores throughout the city.

With the enhanced emphasis on experience in offline stores, businesses are now using technologies like augmented reality to engage with their customers. An augmented reality QR Code or an AR code can be placed on any surface like phones, computer screens, papers, and flyers. When you scan an AR QR Code, it opens a URL to some AR.js content. Your camera will detect the marker within the code and display 3D content. This makes offline marketing to online marketing more engaging.

Businesses can combine offline and online marketing just like Meredith Corp., a media conglomerate based in Des Moines, Iowa did. Meredith placed augmented reality QR Codes in some of the top magazines. Customers were able to unlock AR features after scanning the respective QR Codes. For example, Meredith pitched an AR beauty try-on app that customers can avail after scanning the QR Code on the magazine.

Pro tip: You can add detailed information to your product brochures using QR Codes. Get a QR Code on your brochures.

Nike’s Flagship Stores have set up QR Codes all over their stores to improve customer experience. They have set up the ‘Scan to try’ feature on mannequins. When the QR Code is scanned a store assistant provides the right size clothing to the fitting room for customers.

Animal Crossing: New Horizons, a social simulation video game series created by Nintendo, is also using QR Codes within their games to accomplish tasks. Players need to scan a QR Code to avail custom costume designs. A QR Code scanner from the Nintendo app scans and saves the designs which can be further used in the game.

QR Codes placed on books in libraries can help students get the necessary information about the books. A popular use for QR Codes is adding multimedia content to physical educational material. Any additional content can be accessed through videos.

The below example is one of my favorites where the elements of the periodic table have been replaced with QR Codes. Each code links to a YouTube video discussing the element in question.

Why were QR Codes not popular in the USA?

One of the primary reasons why QR Codes were not popular in the USA was because smartphones were not equipped with native QR Code scanning and needed a third-party app to scan the QR Codes.

Then, Android and iOS introduced a QR Code scanner via the native camera app, making the process of scanning QR Codes easy and seamless.

Not just that, a couple of years ago, a myriad of marketers, business owners, and renowned technical writers scrupulously advised against the usage of QR Codes on the whole because they were “branded, ingrained in our heads as not bringing any value.”

However, since QR Codes are dynamic in nature, they can bring immense value to any business and brand with their simple technology but unlocks a power-packed experience upon scanning.

However, the onset of the COVID-19 pandemic brought back QR Codes. They went from being “just another fancy technology” to a dire need in the US. QR Codes were used at restaurants, diners, and bars as contactless menus, for touch-free payments, contact tracing, providing value to customers via product packaging, and more.

The future of QR Codes in the United States

Scanning QR Codes needs no education now. It is an intuitive and natural behavior. A recent survey by Statista suggests that in the US alone an estimated 11 million households will scan a QR Code, which is a huge jump from the 6.2% scan rate in 2011. Hence, this is a huge opportunity for US marketers and businesses to bank upon.

Most SMEs and MSMEs are in search of smart investments that help revive their positions in the market. Implementing QR Codes can minimize the risk and help achieve practical goals. Your products marketed through QR Codes can be an example for other businesses in the United States to follow during pandemic times.

The Chinese city of Hangzhou constructed QR Code checkpoints across the city. People have to scan these QR Codes to get a one-time color code pass to check the health status of COVID-19. The risk will be shown through color codes of red, yellow, and green. QR Codes are helping thousands of people by using such contactless services to stop the coronavirus from spreading. This clearly signifies that QR Codes could still become hugely beneficial not only in marketing but in other areas as well.

The more open we are towards innovating the usage of QR Codes the more benefits we can reap. Innovating around such resources is how we can overcome these tough conditions. QR Codes have always found new mediums to expand and diversify their usage. The time has come for you to join the QR Code revolution in the United States.

Want to create QR Codes for your business? You can start with our 14-day free trial. If you need assistance, contact our QR Code experts to schedule a demo. 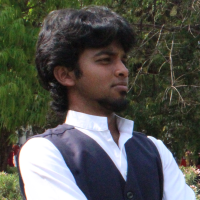