Both Android and iOS have made advancements to align themselves with the QR Code adoption. Read further to see how to scan a QR Code from the photo gallery on your smartphone. 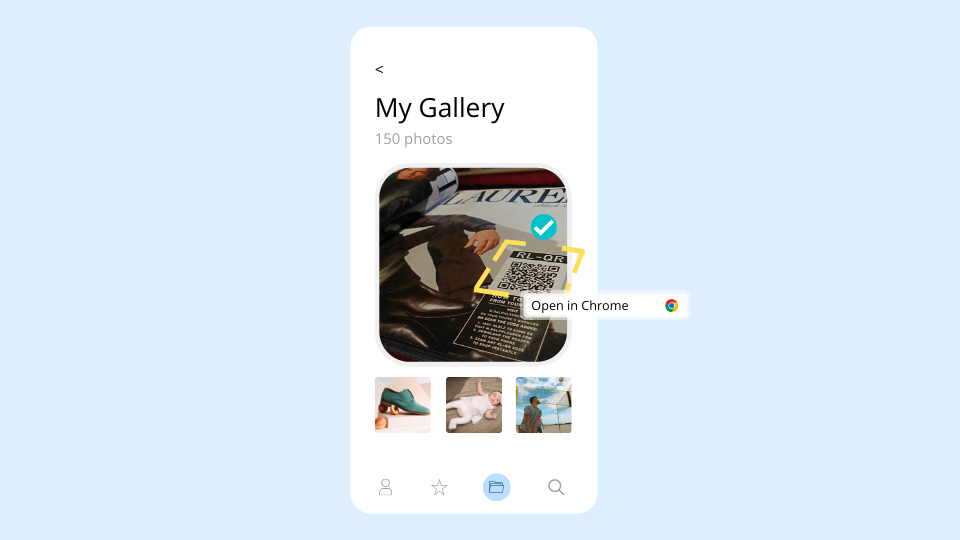 As QR Codes have cemented their position in marketing and communication, marketers like you and I, want to place them on almost everything – even websites.

However, one of the limitations of placing it on websites and campaign landing pages is – “how will users scan the QR Codes on the same mobile device they are browsing on?”

That’s not a limitation anymore!

This scenario is not just restricted to QR Codes on websites – you might have a QR Code at a restaurant, subway, or airport and want users to click a picture and use it later.

This is a great way to push for re-orders, availing a coupon for the following order, or just delivering updated information. Furthermore, you can even have a QR Code on an outdoor advertising billboard that allows prospective customers to scan on the go and connect with your brand almost immediately from anywhere!

Getting users to leverage QR Codes on a mobile device is a simple 2-step process:

Both iOS and Android now have an easy way to scan QR Codes from the photo in the gallery. You do not need external apps to do that!

Scan QR Code from a photo on iOS devices

Apple has made several advancements in the last couple of years to incorporate the growing need for QR Codes – live text and visual look-up that scans QR Codes in photos, in one significant one.

Scan QR Code from a photo on Android devices

With Google’s image-recognition technology, scanning QR Codes from a photo is super simple. This capability is baked into Google Assistant, Google Photos, or the Google app.

Do I need a third party QR Code scanner app to scan a QR Code from the gallery?

The short answer is NO. Most of the latest Android and iOS support scanning the QR Code using Google Lens or the Live text option.

If you are looking to create a QR Code for your next QR Code campaign, head to our free QR Code generator now!