Colored QR Code plays a vital role in branding and attracting potential customers. Read on to learn more about the colored QR Codes. QR Codes (Quick Response Codes) have evolved significantly since their inception and are used in several business use cases. Despite its popularity, you might have seen them in standard black and white. But these days, businesses opt for colored QR Codes due to their visuals and flexibility to easily correlate colors with brand identity.

For example, a Forbes article discusses how colors can positively impact customer behavior and brand recall. Therefore, customizing a QR Code with brand-specific colors can increase the conversion rate and produce far-reaching results.

Let’s dive into why colored QR Code is an excellent alternative to traditional black and white ones.

How does a colored QR Code engage more customers than a black and white one?

QR Codes can increase customer interactions as they can easily direct them to websites, landing pages, videos, digital business cards, menus, PDFs, and other campaigns.

A custom QR Code can increase your customer interaction even higher. Our poll also shows that about 94.4% of users prefer scanning a colored QR Code over a black-and-white one.

Here’s how colored QR Codes can make a deeper impact on your audience:

Color is an essential attribute in branding. Many brands depend highly on a unique color scheme to shape their identity.

For instance, Coca-Cola’s cans are easily identifiable due to their signature red and white color scheme. Similarly, red packaging with a yellow ‘M’ reminds us of McDonald’s. The same goes for the colored QR Codes.

A colored QR Code using brand colors will compliment your brand’s identity and stand out among the black and white ones. This will help users quickly associate with your brand. Hence, this could prompt them to scan your QR Code and carry out the necessary action.

Brand building is not just limited to strategy but also extends to designs and visuals. So, placing a black-and-white QR Code in your brand’s design might not match its aesthetic.

With a black and white QR Code, the coherency in the design goes away.

On the other hand, a color-coordinated QR Code that blends well with your brand design can elevate customer engagement and lead to successful campaign results.

A QR Code is an impactful tool used in mobile marketing. It acts as a gateway between the physical & digital world that boosts customer engagement. Placing a colored QR Code without a CTA frame is like telling a story without a title. A clear-cut QR Code CTA frame can enhance the chances of getting more attention from potential customers.

If a QR Code has a CTA text such as “Scan to view PDF,” the user is aware that they can view a PDF file upon scanning the QR Code. This lets your audience know what to expect after scanning.

Using frames with personalized CTAs has an even better impact and a high conversion rate.

Which elements of a QR Code can you color?

How to create a colored QR Code?

Go to Beaconstac’s custom QR Code generator and choose a QR Code type from the ones listed.

Fill in the required fields to set up your QR Code.

You can now customize your QR Code’s color, eyes, and background. You can also select a predefined QR Code template, add a logo and an actionable CTA frame.

You can now download the QR Code in the format of your choice. Do’s and Don’ts while creating a colored QR Code

While customizing and coloring your QR Code, there is a lot to keep in mind, as certain customizations can hamper its scannability.

While going for a colored QR Code, a good practice is to use contrasting colors for the various components of a QR Code.

For instance, the data pattern should always be darker than the background.

The dots on the QR Code are called the data pattern. The information is encoded in these dots. While creating a colored QR Code, it is recommended to keep the following points in mind.

The pattern dots of the colored QR Code must be of colors contrasting to its background. This makes it easier for your smartphone’s camera (or any third-party QR Code scanner app) to identify the dots with the encoded information. If the QR Code’s background is darker than the pattern, it’s called an inverted QR Code, which is difficult to scan.

You can also apply a gradient to your QR Code’s data pattern. All you need to do is make sure that the gradient start color is in contrast with the color of the background to prevent both from blending with each other.

The frame provides a boundary and space to add a CTA text. There are 2 best practices to keep in mind with frames.

PS: Even if the color of the frame is not ideal, the QR Code would still be scannable, but the CTA text will be difficult to read.

One of the situations to avoid while creating a colored QR Code is the inverted QR Code. An inverted Code is where the background is dark, and the data pattern is light in color. Not all devices or QR Code scanners can scan an inverted QR Code.

The background can be made transparent, or an image can be added to it but keep in mind to avoid an inverted QR Code situation. Therefore, we recommend to avoid placing a colored QR Code with a transparent background on a dark theme.

Adding a CTA frame to your colored QR Code helps distinguish it from the rest of the creative and adds a design edge.  As a best practice, all you need to do is make sure that the QR Code’s frame does not overlap with the data pattern. If this happens, the QR Code not only looks cluttered but also becomes unscannable.

While creating a colored QR Code, you can add your brand logo or an image to it. The logo should be in an appropriate ratio with the QR Code so that it does not affect its scannability. You should also ensure to use a high-resolution image for your QR Code’s logo.

What can go wrong while creating a colored QR Code?

There are plenty of QR Code customization options that you can leverage for your requirements. However, as we’ve seen from the above list of do’s and don’ts, the little details matter to avoid hindering your colored QR Code’s scannability.

To ensure an effortless experience while customizing your QR Code and maintaining its effective scannability, you are recommended to opt for the best QR Code generator.

Here’s how Beaconstac fares against its competitors when it comes to QR Code customization.

As you can see from the above comparison, Beaconstac is the best QR Code generator among its competitors when it comes to customization.

Why are most QR Codes black and white in color?

The original design of QR Codes was influenced by black and white Go board pieces. The reason is high contrast; the bigger the difference between the colors, the easier it is to read the QR Code. Since then, QR Codes have been black and white in color. However, not so recently, the customization of QR Codes grew more popular and became a necessity for businesses.

Can QR Codes be colorful?

Color can lift up the appearance of QR Codes and help to attract even more customers. Additionally, you can easily integrate them into your campaigns and marketing collaterals. Create a user-friendly colored QR Code with Beaconstac.

How do I create an artistic QR Code?

You can create an artistic QR Code in 4 simple steps:

Step 2: Set up your QR Code campaign by filling in the required fields.

Step 3: Customize your QR Code with colors and shapes of your choice for each element.

Step 4: Download your QR Code in the format of your choice. 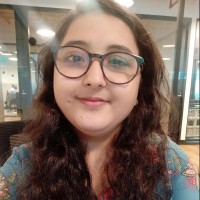